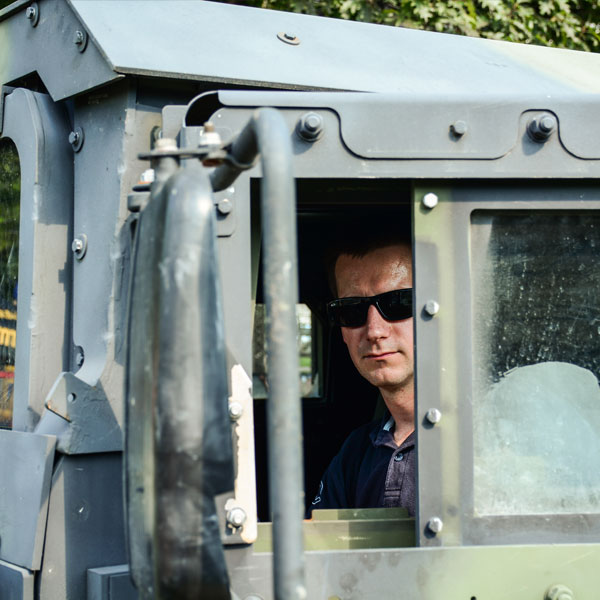 Hello my name is Michael. I came to America from Poland in 2015 with my wife and daughter. When I was a kid, in Poland I used to hear stories from my grandfather about World War II and the suffering he had to go through. As a child we used to play army but only with the best gun-like sticks. At that time we were controlled by the USSR and we didn’t have access to toy guns, only sticks. We used to play War (usually Poland vs Nazi Germany like WWII) or American Special Ops for hours on end.

When Poland gained it’s independence in 1989, I wanted to join the United States Navy to become a SEAL operator, but that was only a sweet dream. In reality I wanted to become a Polish Air Force pilot but, my application was rejected. I was one year late with my application. After I graduated high school I joined the Polish Army Officer School to become an officer. After a month in Officer Candidate School the conditions were so horrible, that people were dropping out left and right, heading back to civilian world. I went to University and got my electrical engineering degree to run my own company and I married the love of my life. I’d come to America couple times. Finally I’m here, 100% legally. I fell in love with coffee, especially iced coffee and the Chicagoland area and where we live now.

With my love of America, the U.S. Military and of coffee I have joined Gun Barrel Coffee Incorporated – to show my support for the country that’s been so good to me, so good in so little time.